The mysterious link between Turing Machines and Spixii CPA

The mysterious link between Turing Machines and Spixii CPA

Have you ever seen the film “Imitation Game”? It’s the story of how Alan Turing, a brilliant mathematician, contributed to saving millions of lives by cracking the enigma code during the Second World War leveraging his Turing Machine (TM).

Regardless of this huge achievement, since her birth in 1936, the TM was perceived far from being intelligent and its model of computation turns pale in front of the most recent AI solutions like Natural Language Processes (NLP) and Natural Language Understanding (NLU) techniques, Convolutional Neural Network (CNN), Deep-learning algorithms, etc.

Yet, here at Spixii, we have never been ashamed to say that our Conversational Process Automation (CPA) platform and our insurance chatbots are essentially based on the same foundation of the TM.
This might indeed be a shocking statement for an insurtech company working within the Artificial Intelligence domain, therefore we feel compelled to challenge our industry and justify our upstream perspective.

Is it necessary for chatbot conversations to employ the most up-to-date technologies? How do we define the intelligence of a chatbot?

Let’s proceed from the ground up.

How TM and Spixii CPA are similar

By definition, a TM is a mathematical tool based on

Spixii CPA is a powerful platform that allows insurance businesses to map a process into an automated conversation with the end customer. For example, a First Notification Of Loss (FNOL) claims process can be mapped into a friendly chatbot conversation with a policyholder.

Expanding this specific example, we can see how an automated conversation is fulfilling the same requirements of a TM, in particular:

In addition, there is a special state in the TM flagged as the initial state, and at least one state flagged as final, where such states are reached and the computation ends. A conversation follows the same schema: the beginning of a conversation with the first chatbot message and the end with the final message (for example, the claim has been accepted or rejected).

Although Alan Turing centered the definition of Artificial Intelligence upon the ability for a machine to exhibit intelligent behaviour equivalent to, or indistinguishable from, that of a human (the famous Turing test), in a very broad sense we can say AI is about machines which act intelligently.

Now, how can we measure the intelligence of TM and CPA?

The intelligence of a conversational process

The TM is a tool to solve mathematical problems, therefore the definition of intelligence might be tricky as even today math holds many uncovered mysteries.

Generally speaking, a mathematical tool like the TM is considered intelligent if it can solve a number of problem’s categories (for math geeks, we should break down the P, NP, NP-complete and NP-hard classes of the computational complex theory, but it will take us a bit too far).

If the conversational process were to happen between two machines, its performance would be judged by the number of steps to complete a journey from A to B and the number of times that one of the two machines “gives up” before reaching the status B.

Now, in our specific example, where the process involves a human and a machine within a particular industry, like insurance, the definition of machine intelligence needs to be extended to accommodate a set of human requirements and some industry-specific expertise. 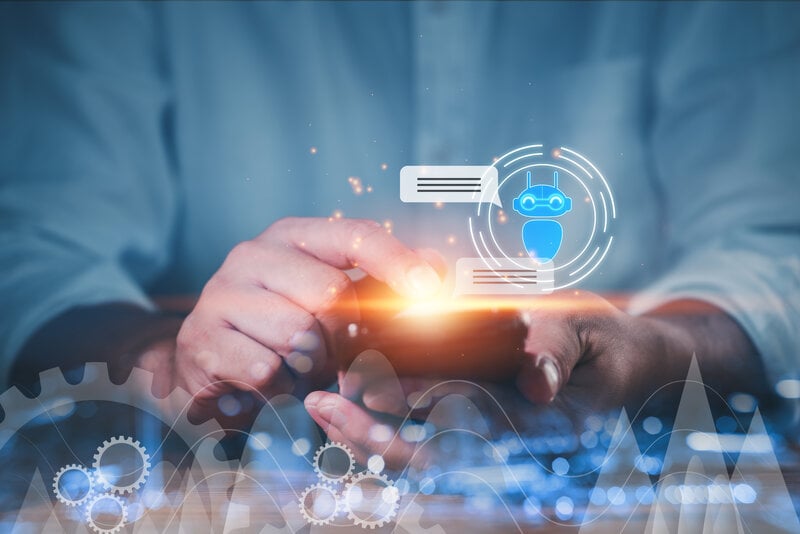 Tuning the machine to enhance human interaction within the insurance domain

Let’s go through all the additional requirements that make the machine intelligent within an insurance context.

Even though the conversation is happening between a human and a machine, we aim to keep it always meaningful, personal and pleasant. Meaningful, because we strive to serve the customer by solving his/her query, not to do small talks. Personal, because we want to always be relevant and contextual and shape the conversation according to the person we are talking to. Pleasant, because we try to move away from clunky and mechanical interactions such as the webforms one. Through a chatbot conversation, we can easily convey the brand personality and identity through a tailored interface and tap emotional power through a considered tone of voice.

All of the above factors can be measured with verbatim feedback and Transactional Net Promoter Score (TNPS) analysis. Spixii customer success stories have extensively demonstrated that chatbots have a much higher collection rate compared to other traditional channels.

Needless to say, the conversation needs to always be available, and again chatbots rise to the challenge with 365/7/24 coverage.

In the Insurance industry, compliance and data protection play a central role. While a TM doesn’t have any requirements for security and data protection per se, a conversational process has to guarantee the confidentiality of all the information shared, especially when it comes to health insurance.

For insurers, it is key to ensure transparency of the processes whilst protecting policyholders’ data. Mapping out the conversational process in a visual way, clean from data identifiable to an individual or entity becomes an essential feature.

With compliant conversations, we mean the ability to gauge the tone of voice according to the brand guidelines, but also to carefully tune it according to the context. For example, in delicate situations like claims FNOL or funeral insurance, the customer will demand further empathy and professionalism.

Related to compliance, it’s important that the CPA system learns common patterns, highlights critical conversational dropouts and points of friction to facilitate the generation of insights and suggests contextual optimisations.

This is where auditing and analytic tools come into place: to foster continuous improvement the CPA looks for ways to reduce drops, cover more conversational paths and, back to the concept of “states”, reduce the number of steps to take the end customer from A to B.

4. Easy configuration and maintenance of the conversational process

A huge differential for a chatbot conversation over a website is its dynamism, as it is an organic and continuously improving solution. In order to make the conversational process easy to configure in the first place and maintain after, it is better to have a platform that allows its orchestration with no-code or low-code interface.

In other words, conversational processes easy to configure by non-tech profiles through an intuitive interface means higher speed in improvements and lower costs.

Quicker changes to the conversational flow combined with instant analytics set the basis for a continuous improvement loop fueled by real data. As a side effect, it also generates an evidence-based centre of excellence that increases the intelligence of the system within an iterative environment.

To summarise, a good insurance conversational process machine needs to:

Under this new light, we move the focus from Artificial Intelligence itself, where huge emphasis is on the machine, to the intelligence of the conversational process. We believe business intelligence is achieved with a smart process orchestrated by humans and augmented by machines.

In the same words of B. F. Skinner:

The real problem is not whether machines think but whether men do.

Therefore to insurers, rather than looking out for the most AI-powered solution, we suggest focusing on the conversational process first and then try to see which technology best fits their business needs.

It is all about applying the right technology and techniques to the relevant industry.

The 3 key features any safe insurtech must have

3 min read The rapid advancements in technology have opened the floodgates to data privacy threats. Therefore, data protection has become one of the m...

3 min read Online businesses are driven towards an ever-growing rate of customer engagement since it promises them an increasing percentage of sales, ...

The sweet spot between smooth operations and customer experience

3 min read Gone are the days of interactions where customers and businesses would have to come face-to-face for a transaction. Thanks to the mighty po...