Insurance stories: what happened to an Italian and his Vespa (Part Two)

Insurance stories: what happened to an Italian and his Vespa (Part Two)

In last week's blog post, our co-founder and CTO Alberto Pasqualotto talked about his struggle to find insurance for his recently bought Vespa last summer. Now, here's the update.

Last year, I bought motor insurance for my lovely Vespa. You can read about my struggles here, but the long and short of it was: after many problems and hours on comparison websites, insurers' websites and reading terms and conditions, I bought insurance for £360. Now last week, I received an email about the renewal proposal.

Not prepared to spend £480, I called customer care. I asked for a breakdown of the price, plus:

After firing all these 'why's, they asked me the following:

Then finally: "How much would you like to pay?"

I replied, "Well! No more than what I did last year." 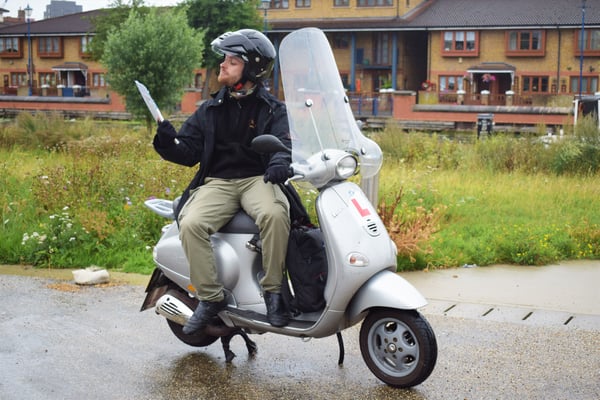 Afterwards, I had to call the insurer to confirm I wanted to renew. I called - and after stating my full name, address, postcode, date of birth, credit card number, expiry date and 3-digit code - finally had my renewal.

Afterwards, I managed to squeeze in a couple of questions of my own.

I found out that there were 30 people in the call centre, and the call service handler I spoke to had already handled between 10-15 payment operations that morning.

This is one of the times that a chatbot could work beautifully, for both call centres and customers. Instead of calling, it would be so easier if I could speak to a chatbot (like this one) that offered 24/7 support, then switched to a human when and if necessary.

Do you have an insurance story? Contribute yours at team@spixii.ai.

To find out more about how to implement Spixii's chatbot technology, please click below. We look forward to hearing from you.